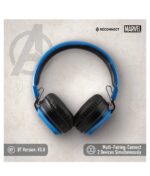 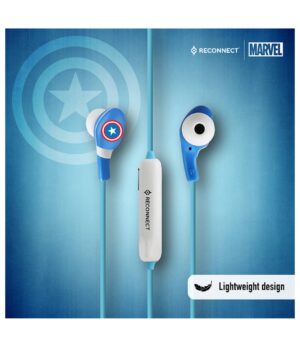 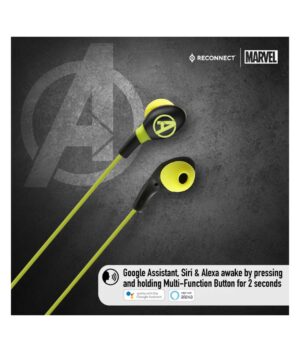 Team Avengers is packed with unique and powerful heroes and that’s what makes it an invincible force. The Reconnect Avengers Metal Heads Foldable BT Headphones with Mic Series 300 are packed with superpowers, giving you a crisp audio quality that elevates your music experience. Guess what, the extended battery capacity provides up to 10 hours of playback in wireless mode and the on-ear function controls let you access the buttons with ease.

The Avengers are a fictional team of superheroes appearing in American comic books published by Marvel Comics. The team made its debut in The Avengers #1 (cover-dated Sept. 1963), created by writer-editor Stan Lee and artist/co-plotter Jack Kirby.

We cardbuy as an Avengers Fan brings you Official Merchandise of Reconnect Disney Marvel.

In The Box & Warranty: